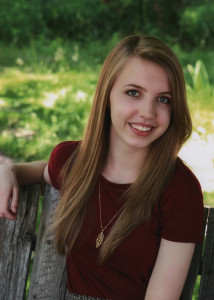 What did you do for you Gold Award project?

My Gold Award Project addressed the hygiene area at the Jeffco Action Center. The Action Center is an organization in Lakewood that provides shelter, food, clothing, and other necessities to people in need. I identified three main problems with the hygiene area: first, a lack of organization and accessibility for volunteers to create kits; second, a lack of supplies to distribute; and third, a need for sustainable organizations to consistently donate. I attempted to reorganize the area despite many roadblocks, and I succeeded in increasing community support and awareness.

How did you measure the impact your Gold Award project made on your target audience?

The Action Center has 80 to 100 clients request personal supplies every week. The personals area is consistently low on supplies; one day in August 2015, there were only four kits ready for the next day and they had no idea when the next donations were coming in. This meant that around 20 people who came in the following day would have to go without these supplies. Key Club alone donated 546 items throughout the month of October. My sustainability groups have donated 595 items so far, and I have received over 100 items from various people outside of these organizations.

I set up ongoing donations at two organizations, both of which have sent me letters of commitment. Jefferson Unitarian Church in Golden has already donated 194 items and has committed to calling for donations every March and September. InstaKey Security Systems in Lakewood has already donated 401 items with the goal of donating a minimum of four kits per week or a total of 832 items per calendar year. InstaKey has embraced the idea of recruiting for sustainability, with the goal of recruiting at least four more organizations to commit in 2016.

What is your project’s global and/or national connection?

I was able to connect with a lady from Idaho due to one of my education speeches; she personally donated 194 items to my project and is now inspired to start a similar project for a local shelter in her town. She is working through the youth group at her church, First Christian Church, which is located in Nampa, Idaho. I received a letter of commitment from the reverend of the church expressing their enthusiasm about starting a similar project inspired by mine.

What did you learn about yourself?

I learned that I am perseverant. I started this project in early 2014, and initially planned to finish by the end of the year–now, almost two years later, I am finally finishing the project I never thought I would be able to do. I also learned that I can be a leader and inspire others to care about the same issues I care about.

How will earning your Gold Award impact you in the future?

Earning the Gold Award provided me with confidence in my leadership abilities. I gained a very valuable experience with setting up meetings, coordinating between various organizations, and speaking publicly in front of large groups. I will be able to use these skills in any job I have in the future.

Why do you feel the Gold Award was an important part of your Girl Scout experience?

**IMPORTANT NOTE: This blog represents only a small fraction of the hard work, dedication and requirements that go into earning a Girl Scout Gold Award. It is simply a brief summary, which is meant to inspire Girl Scouts to Go Gold in the future. For more information on earning your Gold Award, please email highestawards@gscolorado.org

Get Started Volunteering from Home with Girl Scouts!